Llama Walker Llamas is owned and operated by Joe Staub.  Joe started packing with one  llama in 1996 and now he is breeding and producing his own Ccara herd of llamas. 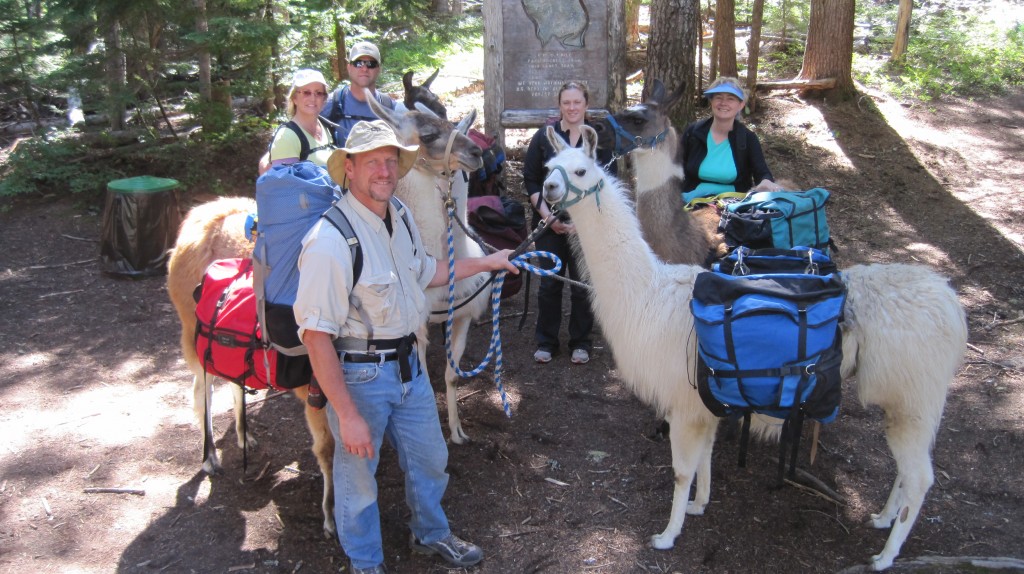 Joe has been a long time outdoor enthusiast and styles himself as a “Christian Naturalist”.  He has been leading groups in to the wilderness since 1995, seeking spiritual solace and a connection with the Divine through nature.  As a pastor Joe wanted to share the spiritual enrichment he received from the wilderness and so he began leading young people in to the Colorado Rockies on week long “spiritual high adventures.”

While backpacking with “through hikers” on the Pacific Crest Trail in the Sierras in 2009 Joe was given trail name, Llama Walker.  The name stuck and he joined that name to his llama operation, Llama Walker Llamas

As of this writing, Joe trains and breeds his llamas on a 32 acre farm in Canby, Oregon.  Currently, he has six llamas prepared for packing and 6 more waiting in the wings to come of age.